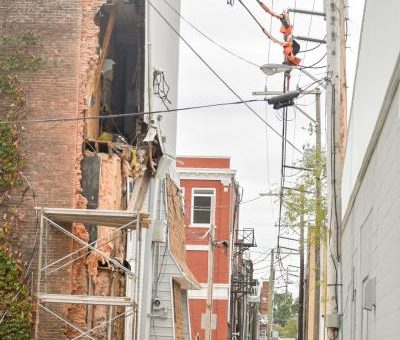 (SULLIVAN) — A city block containing municipal offices and other workplaces in Sullivan was evacuated amid fears an adjacent building might collapse and affect power lines and a gas main.

The city of Sullivan on Thursday lifted the emergency evacuation of the downtown city block. However, it remained unclear when those businesses would reopen. Mayor Clint Lamb says City Hall will reopen today.

Metal mats were placed over a shallow gas main to protect it from any debris that might fall.