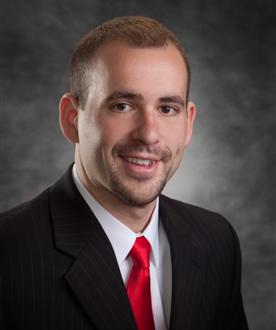 Nikirk succeeds Judge Andrea McCord after she was selected to serve a 14-year-term as a United States Federal Bankruptcy Jude for the US District Court of Southern District of Indiana in New Albany, succeeding retiring Judge Basil H. Lorch III.

Judge Nikirk has been serving as Circuit Court Judge since McCord left in May.

Judge Nikirk will be looking for a Juvenile referee to hear juvenile proceedings. He is asking all interested applicants to submit letters of interest before Friday. He hopes to make an appointment to the position by mid-October.

Before being appointed judge pro tempore to replace Judge McCord, Nikirk served as the juvenile referee in Lawrence Circuit Court after Judge John Plummer III left to take the bench in Lawrence Superior Court I after the retirement of former Judge Michael Robbins.

Judge Nikirk is a Lawrence County native and a graduate of Bedford North Lawrence High School. He received a bachelor’s degree in Secondary Education from Indiana University. Prior to attending law school, Nikirk worked as a middle school teacher in Seymour.

Before returning to Bedford, Judge Nikirk served as a law clerk and then as an appeals pre-hearing attorney for the Michigan Court of Appeals.

Nathan and his wife, the former Amy Wadsworth, live in Bedford with their children.

He will be sworn in by Judge McCord on October 1 at 11 a.m. in Lawrence County Circuit Court.