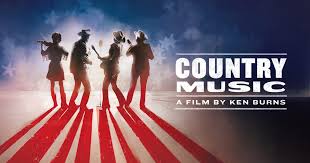 From its deep and tangled roots in ballads, blues, and hymns performed in small settings, to its worldwide popularity, viewers will learn how country music evolved over the 20th century, as it eventually emerged to become America’s music.

The program will feature never-before-seen footage and photographs in addition to the cast of interviewees. Country Music airs at 8 p.m. September 15-18 and September 22-25 on WTIU and will also stream through the PBS Video App.

As a companion piece to Burns’ series, WTIU will premiere its locally-produced documentary Fingerstyle! Indiana’s Guitar Festival September 19 at 8 p.m. on WTIU and Facebook Live. Recorded at the 2019 Indiana State Fingerstyle Guitar Festival in Nashville, Indiana, the program showcases the two-day festival where guitarists compete for a custom-made guitar, the opportunity to play in the evening concert, bragging rights, and an invitation to the international competition.

More information, including a trailer of the program, is available at wtiu.org/fingerstyle.

Following the premiere on WTIU and Facebook Live, Fingerstyle! Indiana’s Guitar Festival will be available to watch on this website from September 20 through October 20. DVD and BluRay copies of the documentary will be available for the public to purchase starting in April 2020 from shopwtiu.org.

WTIU will host a sneak peek of both the Country Music and Fingerstyle programs September 5 from 6 p.m. to 8 p.m. at the Brown County Playhouse.

This free event will include a 47-minute screening of the Country Music series and a trailer from Fingerstyle.

The film preview will be followed by a discussion, led by Jon Kay (Director of Traditional Arts Indiana and Bicentennial Professor at Indiana University) about country music and its connections to southern Indiana. The event will also include live music with Barry Elkins and the Brown County Natives and free refreshments.

More information is available at wtiu.org/events.