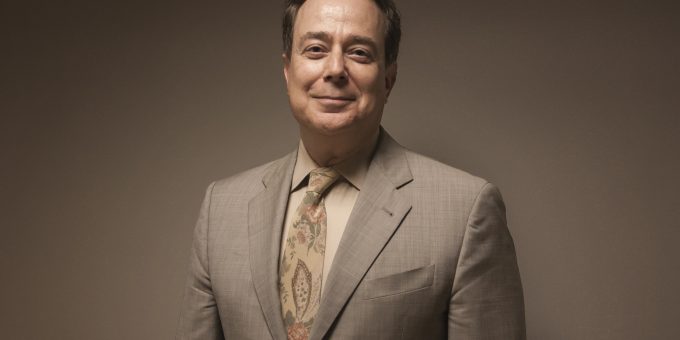 Under Metz’s leadership, WFIU and WTIU dramatically expanded local programming—especially news and documentaries—and earned hundreds of awards and honors over the years, including 65 awards in 2019 alone.

“Working at the stations with such a creative staff has been rewarding and fun,” Metz said. “I’m so proud of what they have accomplished in producing the best programs on Indiana history, culture, and art as well as news,
music, science, and sustainable living.”

As general manager, Metz created one of the first converged newsrooms in public media, bringing together the radio and TV news departments and developing a deep online presence with annual webpage views now topping 4 million. That began a growing investment in local and regional news which continues today.

“I believe that thoughtful and consistent journalism is the backbone of the American democracy,” Metz said. “With reliable information, citizens are best equipped to decide the future of their cities, states, and nation.”

In addition to increasing local and regional news coverage, Metz’s other achievements during his tenure include overseeing the addition of a second signal for WFIU; increasing the number of WTIU channels to five; expanding the production of WTIU’s award-winning local documentaries (more than 100 since 2003); seeing record membership revenue; and creating endowments for news, student internships, and classical and jazz
music.

Indiana University Provost Lauren Robel has appointed a search committee to identify candidates for Metz’s replacement. Brad Wheeler, IU Vice President for Information Technology & CIO and Vice President for Communications and Marketing, will chair the committee, which includes faculty and staff representatives at IU Bloomington, where both of the stations are licensed.

As for his retirement plans, Metz says, “I love to travel and I plan to do some writing as well. But the stations haven’t seen the last of me. I’ll continue to volunteer, too.”

WFIU Public Radio is south central Indiana’s source for news and classical and jazz music, broadcasting from the campus of Indiana University in Bloomington. The station is one of the original 90 charter members of NPR, and currently offers programming from that network and other national and regional program providers. WFIU provides two program services, available in Bloomington at 103.7 FM and 101.9 FM, and online at wfiu.org.

WTIU Public Television is licensed to Indiana University and has been broadcasting from the Bloomington campus for 50 years. The station serves all or part of 29 counties in central Indiana, including the cities of Bedford, Bloomington, Columbus, and Terre Haute, and the communities of Bloomfield, Linton, Martinsville, Nashville, Seymour, and Spencer. WTIU airs both PBS programming and three locally-produced weekly series -Journey Indiana, The Friday Zone, and Indiana Newsdesk – as well as daily news breaks.