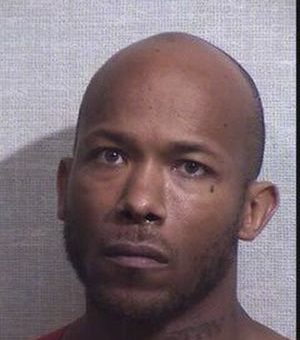 (SEYMOUR) – Police released additional details of a shooting Saturday evening in Seymour that left one man injured and another behind bars.

A witness called police reporting they saw Pollard and Ealy shoving each other in a black sports utility vehicle while parked at a stoplight at the intersection of Tipton and South O’Brien streets.

The fight escalated, causing Ealy to get out of the SUV. That is when Pollard allegedly shot him once in the lower left side and fled the scene.

Ealy entered Orange Leaf Frozen Yogurt on East Tipton Street and told those inside that he had been shot and they called police.

Ealy was transported by ambulance to Schneck Medical Center and then airlifted to the University of Louisville Hospital.

The first witness stayed on the phone with police and followed Pollard to Burkart Crossing Apartments on Stoneridge Drive. Police arrived and arrested Pollard shortly after 9 p.m.

Pollard declined to speak with officers. He was arrested on an attempted murder charge and is being held without bail at the Jackson County Jail in Brownstown.

Chief Abbott says officers have not recovered the weapon used in the shooting. Police spent Sunday retracing Pollard’s path in hopes of finding the 9MM handgun. Police did recover a bullet and the shell casing.

Anyone with information on where the handgun is should contact the Seymour Police Department at 812-522-1234.