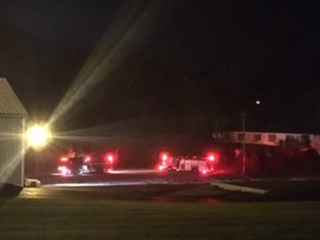 The alarm came in at 9:45 p.m. and dispatchers sent all three stations to the call.

According to Bedford Fire Chief Dewayne Turpen, a fire was located on the west side of the vacant building. The building was once used by a stone company.

Turpen states that firefighters were on the scene for approximately three hours. They had to stretch a long water line from a hydrant to the fire itself. Because of the extreme heat, first responders were extra cautious of not having anyone overwork themselves. A total of five apparatuses and 11 men battled the blaze.

The cause of the fire has been ruled undetermined at this time.

Fire Chief Turpen states that over the weekend firefighters will have extra ice and water on their trucks in order to keep them hydrated as they respond to incidents.