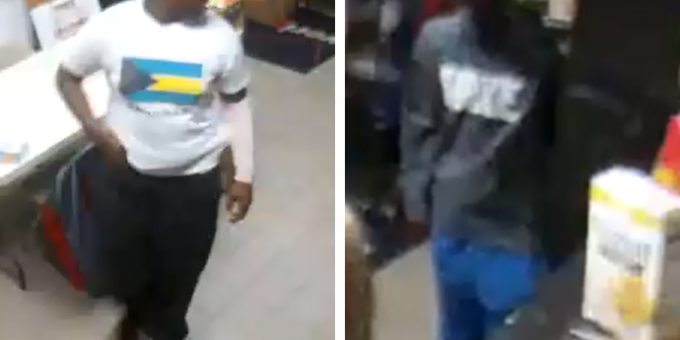 The men entered the store, then began demanding money from the cash register. After obtaining an undetermined amount of money, both suspects ran away.

Both suspects are described as black males between 20 and 40 years of age.

One of the men is about 5-foot-8, with a stocky build and broad shoulders. During the time of the robbery, he was wearing a white sweatshirt, black pants, a yellow hat and sunglasses.

The other man is 6-foot-3 with a slender build. He was wearing a black hoodie, blue pants, a red hat and sunglasses.

Anyone with information is asked to call the Columbus Police Department.