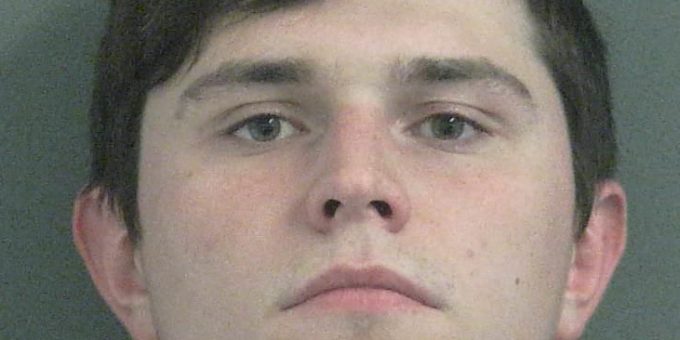 (BLOOMFIELD) – A Bloomfield man was arrested after buying a red Ford Mustang, a silver Ford Mustang, and an engagement ring for his girlfriend with thousands of dollars stolen from his family in a check writing scheme.

The criminal investigation began on June 6, 2019 when a couple reported their grandson Ethan Fitch had stolen his grandfather’s checkbook and had been writing checks from March through June.

The man provided the deputy with copies of the checks written on his account at IU Credit Union and he provided a copy of his account information showing all of the transaction dates when money was taken out of his account.

Monroe County Sheriff’s Department deputies arrested Fitch the next day when he allegedly went to the IU Credit Union and tried to cash a check from the grandfather’s account.

Police say Fitch confessed to stealing two of his grandfather’s checkbooks, one while he was riding in the man’s truck and the other from his home.

Fitch is facing charges of forgery and theft in both Monroe and Greene counties. His initial hearing is scheduled for July 1, 2019.

Police says some of the property that Fitch purchased with the stolen money was forfeited and recovered. The grandparents were given possession of the two Mustang and the engagement ring.