(BLOOMINGTON) – Indiana University graduate student Olivia Ballew is gearing up for a Ph.D. and a chance at the Olympic games. The Ph.D. candidate in genome, cell and developmental biology recently qualified for the 2020 Olympic trials in the marathon. 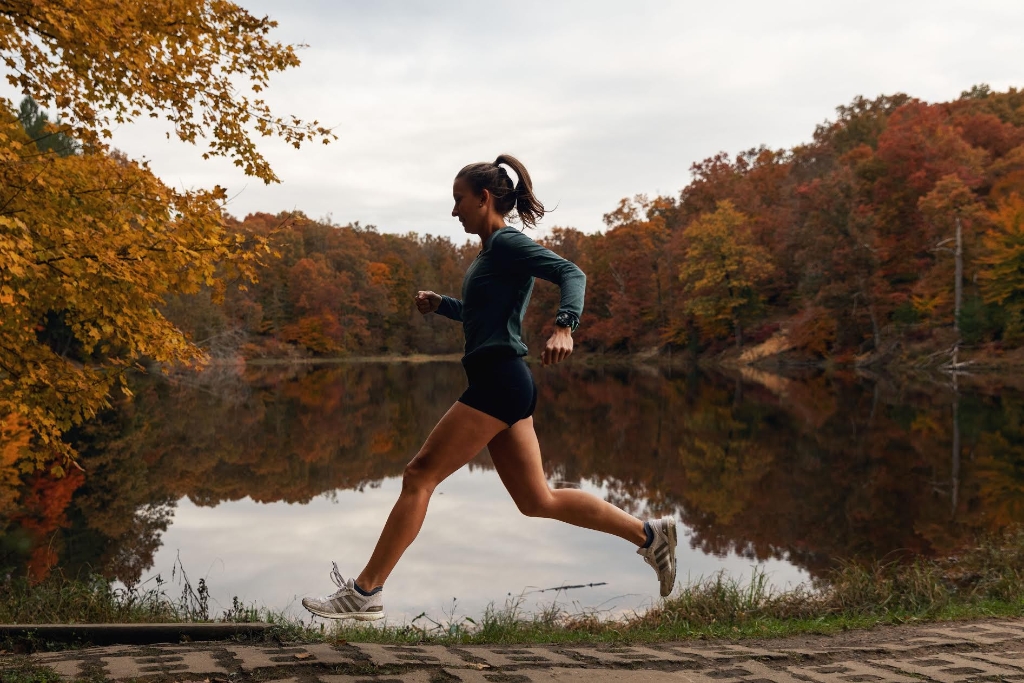 Olivia Ballew’s next race in preparation for the 2020 Olympic Trials Marathon in Atlanta will be the 2019 Boston Marathon in April. Photo by Ben Meraz
Grace Stryker, of IU News Bloomington, reports, pursuing her degree while getting the miles in was not a simple task for Ballew. She would begin her work in the lab at 6 a.m. She would leave for an hour for her first run and come back and work a full day before her second evening run. She ended her day by completing any unfinished work from earlier.
Even though balancing school and running was not always easy, Ballew said she gained time management skills she never knew she had.
“When you have big goals, you have to make sacrifices. I didn’t have free time outside of my lab work and running,” Ballew said. “I put my head down and worked hard.”
After a nine-year hiatus from running after middle school and high school, she got back into it on a whim. She signed up for a half marathon and began training with a collegiate cross country and distance track coach.
Ballew’s Ph.D. advisor at IU, Soni Lacefield, made it easy to get back into running by creating a supportive environment where Ballew could continue pursuing her degree while training.
“This campus is filled with supportive professors, and Soni is a great example of that,” Ballew said. “She has pushed me past what I thought I was capable of.
“And let me tell you, getting a Ph.D. is much harder than running a marathon.”
Ballew got her undergrad degree from University of North Carolina Chapel Hill, where she studied biology. Her professor, Jeff Sekelsky, recommended Ballew to Lacefield, who was a former colleague.
She chose IU to continue her studies after realizing the support that came along with the university.
“I was extremely impressed with her background and knew she had a promising future,” Lacefield said. “She has fulfilled all expectations, and I have enjoyed watching her grow as a student. 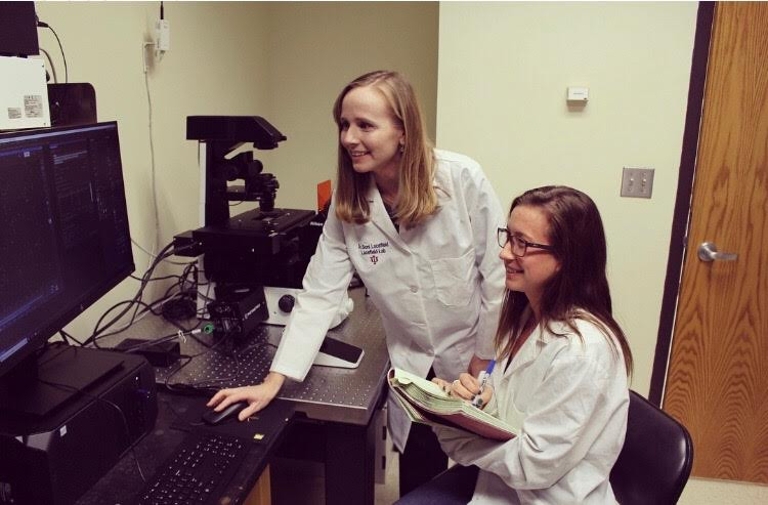 Olivia Ballew, right, and her Ph.D. advisor at IU, Soni Lacefield, work in the lab. Photo courtesy of Olivia Ballew
“Olivia comes into the lab at all hours of the day and is ready to work. Her pure dedication and flexibility to research and running have made her extremely successful. She is the only person I know who could do both.”
When Ballew started to exceed her training goals, she realized that the Olympic trials could be in her future. She decided to buckle down and tell only close friends and family about her dream of qualifying at the Indianapolis Monumental Marathon in November 2018.
An improved time at a half marathon six weeks prior gave her added confidence as her qualifying race approached.
“It takes a lot of guts to stand at the starting line of a marathon,” Ballew said. “You don’t even know if you’re going to finish the race, let alone qualify for a goal.”
She said the marathon came with some uneasy miles. For the first 20 miles, she synced up with a fellow runner who was attempting the same goal of 2:45:00 to qualify for the Olympic trials.
“By mile 22 I had my friends and family cheering me on. When mile 24 rolled around, I hit a major wall,” Ballew said. “That’s when I looked down at my watch and knew I had to make a decision. I could give up all the miles and hours of hard training, or I could be brave and keep going. So I kept going.”
After 26.2 grueling miles, she qualified for the 2020 Olympic Trials with a time of 2:43:13.
Ballew’s next race in preparation for the 2020 Olympic Trials Marathon in Atlanta will be the 2019 Boston Marathon in April.