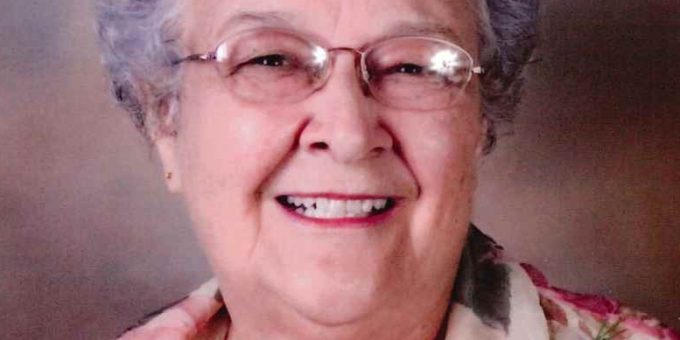 Born March 22, 1932, in Petersburg, IN, she was the daughter of Luther McKinley and Georgia Mace (Naney) White. She married Charles Victor Wagoner on April 7, 1950. She had been a clerk at JC Penney Department Store and was a homemaker. She was a member of the V.F.W. and American Legion. She enjoyed sewing, baking, and cooking.

Friends may consider memorial contributions in Miriam’s memory to the Alzheimer’s Assoc.