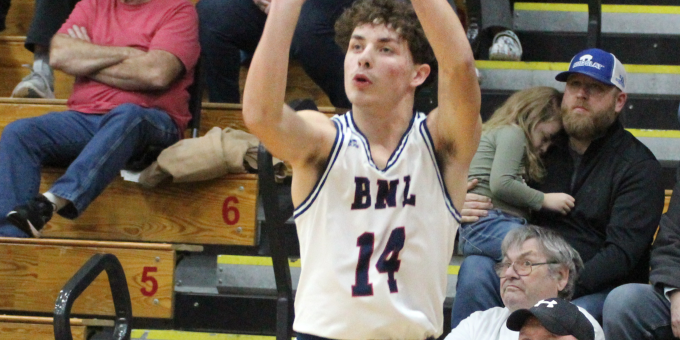 BEDFORD – After stumbling out of the starting gate, Edgewood has found its stride. The Mustangs are galloping at full speed as they race toward a test with Bedford North Lawrence.

Edgewood, riding a five-game winning streak, will await the Stars on Saturday night, well rested after an idle week while BNL looks to recover from its conference clash at Seymour. At one point, the Mustangs were 1-9 with a seven-game losing skid. They’re back in the saddle again.

“They were just trying to find themselves,” BNL coach Jeff Hein said. “I think they’re starting to do that. You can see it when watching them play recently. It takes a while to adjust, which is why they started the way they did and why they’re figuring it out now.

“It’s a trap game for us. We play Friday night and they don’t. It’s up there. So a lot of things concern me.”

Edgewood’s recent turnaround wasn’t magical or mystical. Defense is just hard work. The Mustangs have surrendered fewer than 40 points in four of the five wins.

“We faced some tough competition and played a lot of games with a relatively inexperienced team,” Edgewood coach Matt Wadsworth said. “As the season progressed, players have gotten more comfortable in their roles.

“We are getting significant contributions from our sophomore class. Going into the year we anticipated Carl Norris starting. He has played well for us this year. Kam Ranard has been starting since the Wabash Valley tourney. He is providing our team with a post presence. In the last four games Carson Huttenlocker’s outside shooting has been a big boost.”

Edgewood’s scoring leader is Xzander Hammonds, the lone senior starter and double-digit man, at 11.4. But there’s balance after that, with Mialin White (7.4) and Jacob Boggs (6.7 plus 5.0 rebounds) providing some punch.

The Stars won last year’s clash 56-45, as Colton Staggs scored 21 points while Colten Leach added 14. Zach Sims (now at Bloomington South) totaled 16 points and Caden Huttenlocker (graduated) had 15 for the Mustangs. BNL’s leaders from that game are back.

“BNL is a very experienced group,” Wadsworth said. “They play well together and are very good at executing on the offensive end. Despite lacking size, they are a very physical team.

“We have to take care of the ball versus pressure, have good screens and hard cuts. Don’t let them bump you off your path. Patience to pick your shot. Some of the open looks in our past games won’t be there early in possessions.”

Last meeting: Last year at BNL, the Stars prevailed 56-45. Colton Staggs had 21 points and Colten Leach added 14 for BNL. Zach Sims had 16 points and Caden Huttenlocker had 15 for Edgewood.