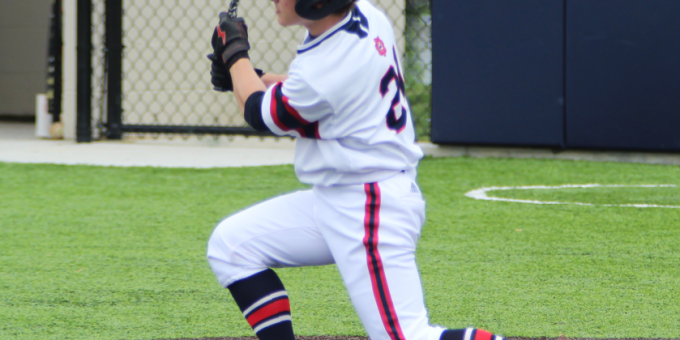 BEDFORD – Bedford North Lawrence sophomore outfielder Cal Gates, one of the top recruits in the Midwest, has verbally committed to Indiana University.

Gates, a smooth-swinging left-hander with multiple tools, stepped into BNL’s lineup as a lead-off hitter last season and finished with a .323 average and a team-high 22 runs scored. He was invited to the USA Baseball tryouts for the national 16-Under team and has been a star on the travel circuit with the Indiana Bulls.

“After having plenty of conversations with the coaches, and seeing the facilities, all of the campus, it’s just the best fit for me,” Gates said of his decision. “It gives me a chance to advance my baseball, both mentally and physically. My goal now, since I know I’ll be able to play college baseball, is making sure I get to the next level (in professional baseball). I felt IU was the best way to get there.”

The Hoosiers went 27-32 in 2022 under head coach Jeff Mercer, who guided IU to the Big Ten title in his first season (2019). Last year, six Hoosiers were selected in the Major League draft.

“He has every tool a baseball players needs,” Gates said. “He runs hard, he can hit the ball a mile, throws it hard. Most importantly, he has the mental ability most players don’t have. He’s a great teammate.

“I definitely need to increase my strength, get faster. The most important part is the mental side. I need to get better at that, which is what a lot of baseball players need. You don’t see how much that plays into baseball and everything else.”

Gates was one of 24 players from the Midwest invited to the 16U tryouts.

“Going there and playing against the talent of all the kids from across the country, it was really cool,” he said. “That definitely increased my looks.”

In addition to baseball, Gates has been a two-sport standout at BNL. He just finished as the leading rusher (769 yards and 8 touchdowns) for the Stars in football while earning All-Hoosier Hills Conference honors.

“Playing football has increased my hand-eye coordination,” he said. “Being a running back, you see the gaps, and it helps you see the ball better. You focus on one spot.”