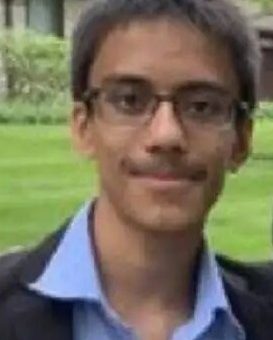 WEST LAFAYETTE – A Purdue University student was killed by their roommate early Wednesday in McCutcheon Hall, according to university police.

The Tippecanoe County Coroner’s Office identified the deceased student as 20-year-old Varun Manish Chheda, from Indianapolis. He was a senior in data science and a little more than a month away from turning 21. He was stabbed to death. An autopsy conducted earlier today concluded Chheda died from “multiple sharp force traumatic injuries”.

The murder took place in McCutcheon Hall, which is on the west side of Purdue’s West Lafayette campus.

The suspect in the homicide was identified as the victim’s roommate, 22-year-old Ji Min Sha was taken into custody and is facing a preliminary charge of murder.

Purdue Police Chief Lesley Wiete identified him as an international student from Korea. Sha is a junior in cybersecurity.

Sha called the Purdue University Police Department at 12:44 a.m. to report the incident, according to Tim Doty, Director of Media and Public Relations at Purdue.

In a letter to the community, Purdue University President Mitch Daniels said the exact details of what happened aren’t yet known.

“This is as tragic an event as we can imagine happening on our campus and our hearts and thoughts go out to all of those affected by this terrible event,” Daniels wrote.

“I assure you that the safety and security of our students is the single highest priority on our campus. Purdue is an extraordinarily safe place on any given day and compared with cities of Purdue’s population (approximately 60,000 in all), we experience a tiny fraction of violent and property crime that occurs elsewhere.

“Such statistics are of no consolation on a day like this. A death on our campus and among our Purdue family affects each of us deeply.”

Daniels wrote that the university will provide counseling to anyone in need.

Campus police are still investigating and have not shared a possible motive behind the killing at this time.