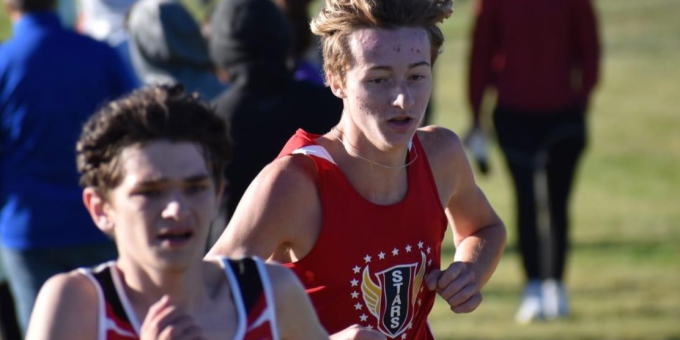 The Stars finished fifth among the six scoring teams in the league with 144 points. Floyd Central won the team title with 31.

“The team is running well right now and they showed that today at our conference meet,” BNL coach Nick Boyd said. “Chase ran his best race of the season so far and Kason (Gulley) ran well in our fourth position. Alex’s consistency continued into this week with a season-best race. Jonah ran smooth alongside some tough competition from Floyd Central. We have some solid momentum moving into sectional next week and are hopeful to bring our best races to the table.”

In the girls race, BNL was sixth with 153 points. Floyd Central won the team crown with 17 points, dominating the first four finishers.

“We had beautiful racing weather and the girls took full advantage of it,” BNL coach Jill Vance said. “I really liked Franny’s racing today. Her second and third mile splits were much improved and she really pushed on the finish sprint. I think we could see her break under 22 at the regional.

“Madison looked really strong, too Her improvement also came in the second half of the race. We’ve really been emphasizing the importance of staying ‘present’ in the middle stage of the race, and the girls have really improved in that area. And Emma (Baumgart) went under 25 for the first time today. She’s dropped her career PR by 2 minutes in her senior season, which is an incredible improvement.”

Floyd’s Kaitlyn Stewart was the individual champion in 19:25.87.

BNL will host the IHSAA sectional on Oct. 8. The top five teams, plus the top 10 individuals who are not members of qualifying teams, will advance to the regional on Oct. 15 at Edgewood.