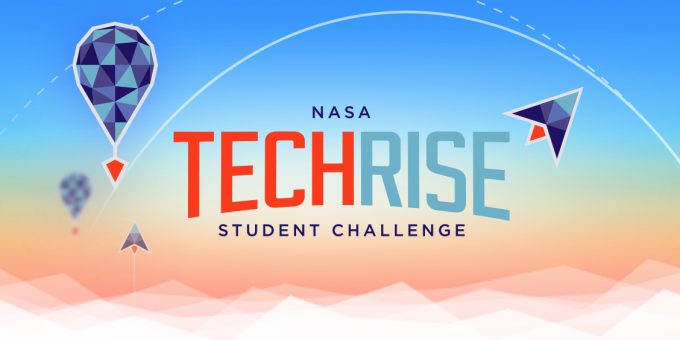 Students in grades six to 12 attending U.S. public, private, or charter schools – including those in U.S. territories – are challenged to team up with their schoolmates to design an experiment under the guidance of an educator.

Administered by Future Engineers, the NASA TechRise Student Challenge offers a hands-on insight into the design and test process used by NASA-supported researchers. It aims to inspire a deeper understanding of Earth’s atmosphere, surface features, and climate, as well as space exploration, coding, electronics, and the value of test data. Teams should submit their experiment ideas by Oct. 24, 2022.

“We are thrilled to offer the second NASA TechRise Student Challenge,” said NASA Administrator Bill Nelson. “The quality of the experiments and the creativity we saw from students in the last challenge are exactly the kinds of problem-solving and hands-on learning NASA hopes to inspire. We’re eager to see what innovative ideas pour in from students around the nation this year.”

To participate in the challenge, visit: https://www.futureengineers.org/nasatechrise

A total of 60 winning teams will be selected to turn their proposed experiment idea into reality and launch their technology on a suborbital flight test. The winning teams will each receive $1,500 to build their experiment and an assigned spot on a NASA-sponsored high-altitude balloon flight operated by one of two commercial providers: Aerostar of Sioux Falls, South Dakota, or World View based in Tucson, Arizona. Both high-altitude balloons provide exposure to the stratosphere at altitudes of approximately 9-19 miles (15-30 kilometers) and variable duration of flight time of hours to days. The challenge is led by NASA’s Flight Opportunities program, which rapidly demonstrates technologies for space exploration and the expansion of space commerce through suborbital testing with industry flight providers.

The winning teams will also receive technical support and mentorship from Future Engineers, including the opportunity to learn or improve technology skills such as soldering, coding, and 3D design. NASA encourages students and their instructors to submit experiment ideas even if they have no prior experience with these activities.

“We could not do a project like this in our classroom without the support of NASA TechRise,” said Jill Davis, Superintendent-Director of the Greater Lowell Technical High School in Tyngsborough, Massachusetts, which had one of the winning teams in last year’s challenge. “It is something that is truly out of this world! This challenge helped students develop their own unique ideas for future inventions, which adds a new layer of meaning to what they learn.”

To enter the competition, teams will propose their experiment idea online using the design guidelines and proposal template on the competition site. NASA plans to announce the competition winners in January 2023. The selected student teams will build their payloads from January to May, and the final experiments will take flight in summer 2023.