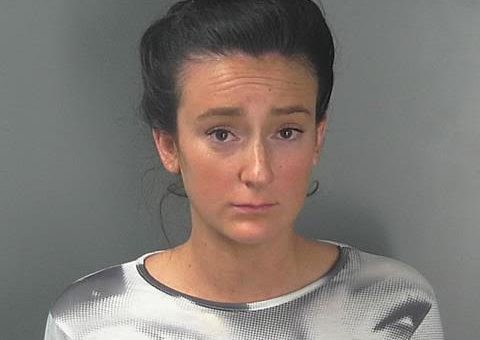 Howard is facing felony charges of reckless homicide, leaving the scene of an accident causing death when operating a vehicle while intoxicated.

Stratton had just started his junior year at IU, where he was pursuing studies in entrepreneurship.

Stratton, who graduated from Minnetonka High School in 2020, was active in the skiing community and competed with the club Team Gilboa.  He spent many days of his childhood on the slopes of Hyland Hills.

On Saturday, September 18th at 1:50 a.m. Bloomington Police officers responded to the intersection of North Walnut and 12th streets after a report of an accident with injuries.

Several witnesses called 911 to report the crash. One of the drivers fled the scene and and traveled north on Walnut Street at a high rate of speed.

According to Bloomington Police Capt. Ryan Pedigo, the driver of the fleeing vehicle had struck 20-year-old Nathaniel Stratton, of Miromar Lakes, Florida, who was riding an electric scooter. Stratton was badly injured.

When officers arrived they located Stratton lying along the east edge of the roadway, just north of the intersection. An ambulance arrived and shortly thereafter he was transported to IU Health Bloomington Hospital.

While Bloomington Police were on the scene, an officer with Indiana University Police Department located the fleeing vehicle at the intersection of 19th and Lincoln streets.

Bloomington Police responded to the scene and located the black 2012 Mercedes Benz car with damage to the windshield. They located the badly damaged electric scooter nearby.

A security officer that had been driving through the area advised officers that they had seen the car driving north on Lincoln Street and it sounded as if the car was dragging something. The security officer stated that the car stopped at the intersection of 19th and Lincoln streets and a female got out of the driver’s seat and a male got out
of the front passenger seat.

The security officer heard individuals nearby tell the occupants of the vehicle that they were dragging an electric scooter under the car and the bystanders helped the driver remove it just prior to Indiana University Police arriving on the scene.

Video shared by an Uber driver showed the car turning onto 17th Street after the crash, kicking up sparks as it dragged the scooter underneath.

Howard told the officer she left Kilroy’s Sports at 319 North Walnut Street and was taking a friend home because he was too intoxicated to drive. She agreed to drive him home.

Initially, Howard “refused to acknowledge being involved in an accident,” police said, and couldn’t explain what caused the damage to her car. She failed a series of field sobriety tests. Her eyes were “red and watery,” police said, and she agreed to go for a blood draw.

While Howard claimed she didn’t know what happened to her car, her passenger gave police a clearer picture of what transpired.

Howard’s passenger recalled being hit by the glass from either the windshield or the passenger window. He asked Howard, “Did you hit someone?”

She replied, “I think I hit somebody,” according to court documents. The passenger said he told Howard to pull over; when they stopped, someone flagged them down to tell them they had a scooter lodged underneath their car. A few people helped them dislodge the scooter before the police arrived.

She was transported to the IU Health Bloomington Hospital for a blood draw, then to the Bloomington Police Department for further questioning. At approximately 6 a.m., on Sunday, Bloomington Police were notified by hospital staff that Stratton had died as a result of injuries sustained in the crash.

Investigators were able to view security camera footage from a business located near the scene of the crash and the involved vehicle can be seen driving by at the time of the crash with the passenger side tires up on the sidewalk on the east side of Walnut Street. The vehicle appears to be traveling at a high rate of speed and an individual on the sidewalk can be seen jumping into the grass to avoid being struck by the vehicle just prior to it striking Stratton on the scooter.