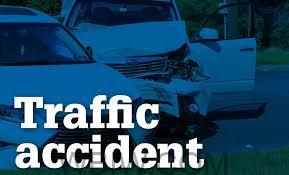 MITCHELL – A Lawrence County Sheriff’s Department deputy investigated a two-vehicle accident on Friday, September 16th at 3:37 p.m. on Kings Ridge Road at the intersection of US 50.

According to police a 14-year-old female, of Mitchell, was driving a 2018 Jeep Wrangler and was traveling west from Bryantsville Road to Kings Ridge Road. She was accompanied by her father. The father told police he was letting his daughter operate his vehicle to teach her how to drive.

At the same time, Cynde Bishop, 61, of Bedford, who was driving a 2017 Toyota Camry, was traveling east and stopped at the stop sign on Kings Ridge Road.

The teen lost control of the vehicle and collided with Bishop’s car. The collision pushed both vehicles off the roadway. The officer reported that both a stop sign and street sign were damaged during the collision.

Both drivers and the passenger in the teen’s vehicle refused medical attention.