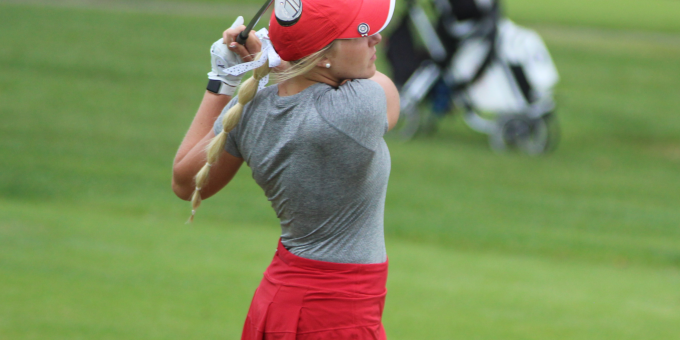 BEDFORD – Chloe McFaddin carded an even-par 37 as No.17 Bedford North Lawrence completed the regular season with victories over Springs Valley and Brownstown during girls high school golf action on Thursday at Otis Park.

McFaddin posted two birdies (on the sixth and ninth holes) to offset two bogeys on the front nine, powering the Stars to a team total of 178 and a win on Senior Night for lone upperclassman Nora Howat. The Blackhawks finished second with 206, while the Braves carded 217.

“We still have some scores that are higher than they should be, so we’ll have to work out the kinks tomorrow before we play Saturday.”

Mia Cruz paced Valley with a 45.

The Stars will host the IHSAA sectional on Saturday. BNL has won nine straight sectional titles (Twin Lakes owns the state record with 14 in a row from 1998-2011) and 16 total.

“I feel like there is always a little pressure to get the win, especially with it being the big number 10 this year,” Johnston said. “I believe if we come out and play golf the way we know how to play, we will be taking home the hardware.”

The top three teams and top three individuals who are not members of qualifying teams will advance to the regional at Country Oaks on Sept. 24.