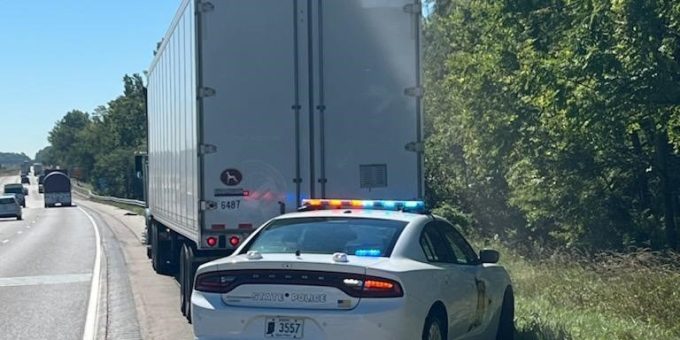 JASPER CO. – Wednesday morning, officers from the Jasper County Sheriff’s Department and troopers from the Indiana State Police Lowell Post were dispatched to a theft of a tractor-trailer from the Love’s Truck Stop located on State Road10 east of I-65.

Officers spoke with the victim who had been inside the truck stop and determined when the driver went outside, his truck was missing. During the investigation, officers were able to determine that the vehicle was at another truck stop located in Remington, IN.  This truck stop is approximately 30 miles south of where the original theft took place.

A traffic stop was initiated on the vehicle and the driver was taken into custody without incident.  The driver, Dalwy DeArmas Rodriguez, 36, from Louisville, KY, was transported to the Clinton County Jail where he is preliminarily charged with possession of Stolen Property- Level 5 Felony.  Charges will be filed in Jasper County by the Jasper County Sheriff’s Department.

The company that owned the product in the trailer reported that the contents inside the stolen trailer were valued at $914,000.  All the property was recovered and undamaged.

At approximately 11:00 a.m., Trooper Kurtis Jones located the original stolen semi-tractor abandoned northbound at the 232 mile-marker on I-65.  That vehicle was later released to the original victim.

All suspects are presumed innocent until/unless proven guilty in court.