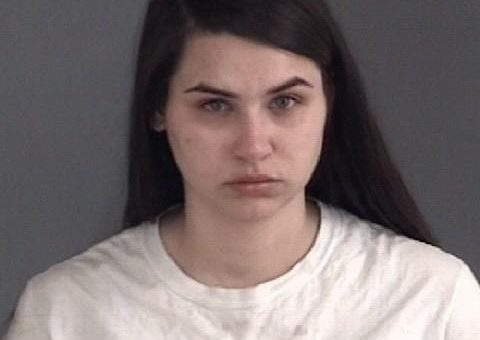 GIBSON CO. – On Wednesday, August 31, at approximately 11:30 p.m., Trooper Vennekotter was patrolling US 41 near County Road 550 South when he observed a vehicle passing other vehicles southbound at a high rate of speed.

Trooper Vennekotter utilized his radar and clocked the 2011 Hyundai Sonata at 100 miles per hour. The vehicle was eventually stopped on Coalmine Road at US 41.

The driver was identified as Haley Goodmon, 18, of Evansville.  Trooper Vennekotter detected an odor of an alcoholic beverage inside the vehicle. The driver displayed signs of impairment and failed field sobriety tests.

Further investigation revealed Goodmon had consumed alcohol and smoked marijuana prior to the traffic stop. Goodmon refused to submit to a chemical test. She was arrested and taken to the Gibson County Jail where she is currently being held on bond on charges of operating a vehicle while intoxicated, reckless driving, and illegal consumption.