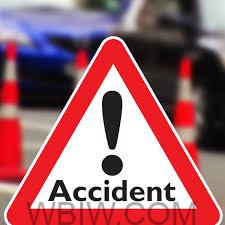 BEDFORD – No one was injured in a two-vehicle accident Friday at 5:18 p.m. at the intersection of State Road 60 West and US 50 West.

According to a Lawrence County Sheriff’s Department report, Ames Jones, 18, of Noblesville, was driving a red Toyota Corolla and had stopped in the west lane of US 50 West and then attempted to turn onto State Road 60 East.

Police say Jones made the turn, but pulled into the path of a 2021 Dodge pickup driven by 53-year-old Martin Tow, of Shoals, who was traveling east on on US 50 West.

Jones and his two passenger Klay Gabriel and Warren Gingrich and Tow and his passenger Victoria Tow were not injured.

Both vehicles were damaged and towed from the scene by Jackson Heavy Haul, of Bedford.