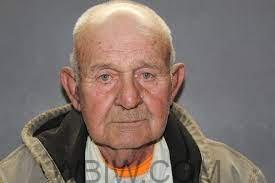 OWEN CO. – An Owen County commissioner has resigned from his position after pleading guilty to official misconduct.

Charges of conflict of interest and theft were dropped as part of the plea agreement.

According to police Dale Dubois ordered Owen County employees to fix a road for his benefit. The project he ordered reportedly didn’t have “any benefit to Owen County Government or its citizens.”

Under the agreement, Dubois will serve a one-year jail sentence which was suspended to probation.