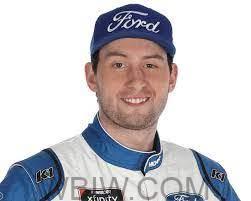 RICHMOND VA. – Chase Briscoe, driver of the No. 14 HighPoint.com Ford Mustang for Stewart-Haas Racing (SHR), heads to Richmond (Va.) Raceway for his fourth NASCAR Cup Series starts at the .75-mile oval and the second of the 2022 season. Briscoe’s 11th-place finish in April was his best at the track in Commonwealth’s capital city.

Briscoe, a dirt racer from Mitchell, Indiana, struggled to find success on the short tracks throughout his time in NASCAR’s Camping World Truck Series, Xfinity Series, and in his first year in the Cup Series in 2021. When this Cup Series season began with the Busch Light Clash at the L.A. Coliseum on Feb. 6, Briscoe was consistently one of the best on track through practice, qualifying, and the first laps of the race. The first points-paying race of the year at a track 1 mile or shorter came March 13 at Phoenix Raceway, a track that had seemed to have a stranglehold on Briscoe. However, the 27-year-old conquered Phoenix this time to earn his first Cup Series victory.

Richmond isn’t one of Briscoe’s favorite tracks, but he finished just outside the top 10 in the spring.

I just felt like we unloaded pretty close to what we needed, whereas in the past we were so off and I didn’t really know what I needed on a short track,” said Briscoe. “But that was kind of what we saw at Phoenix, too. This car has changed a lot of things and it’s hard to really pinpoint what the change is. I think a lot of it is how the NextGen car drives, and it just seems to suit what we do on short tracks.”

Since the win at Phoenix, Briscoe has finished no worse than 15th  in six starts on tracks 1 mile or shorter, with the exception of his 22nd-place result on April 17 on the dirt at Bristol (Tenn.) Motor Speedway, when he led 59 laps but spun on the final lap while attempting a pass for the win. Last year, Briscoe’s best finish on the shorter tracks on the NASCAR schedule was a 13th-place result earned in the fall at Bristol.

Now that NASCAR is getting closer to the end of the regular season Briscoe feels Richmond is a place he can improve his playoff standing before Daytona.

“We’ve been really strong on the short tracks this year and SHR has done a great job getting the most we can out of these cars,” Briscoe added. “So, yeah, I think we can have a really good day. The most important thing for us is to survive and have a good points day. We’re definitely in a better place than we were two or three weeks ago but we can’t get too comfortable. It’s been a long time since we’ve seen a lot of big wrecks at Richmond, but there was a time when it was really easy to get caught in someone else’s mess, so we have to stay on the lookout for that and do the best we can to be there at the end.”

In his five NASCAR Xfinity Series starts at Richmond, Briscoe earned his first top-10 in April 2019, then returned that September to earn a fifth-place result.

Only three races remain in the regular season, which culminates at Daytona (Fla.) International Speedway on Aug. 27, when the 16-driver playoff field will be set. Briscoe sits 15th in the driver standings with one win and is poised to make the Cup Series playoffs for the first time, provided there are no more than 16 different race winners this season.