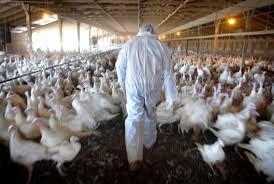 INDIANA – On Monday, the Indiana State Board of Animal Health released a statement, saying Indiana has officially reached “free status”, meaning poultry farms affected by the avian flu can get back to business, and Indiana as a whole can get back in business with its international financial partners.

“Birds are a multi-billion dollar business in Indiana,” says Denise Derrer Spears, Public Information Director at the Indiana State Board of Animal Health, “we’re number one in duck production, number two in table eggs and layer chickens, and number three in turkey. So, there are a lot of jobs and a lot of economic importance to Indiana. To be clear, this “free status” is not an “all clear” for poultry owners in the Hoosier State. The H5 avian flu is still being found in wild birds across the country, and the fall migration season is around the corner. This means if you operate a commercial poultry farm, or you just own a small hobby flock, you best be on your toes. Well if we get another positive case on a commercial flock, that would set us back to where we were and we’d have to start over again,” says Spears.

Thirteen farms including farms in Greene and Dubois Counties have been infected since the flu outbreak began in February. More than 188,000 birds have either died from the flu or had to be killed to prevent the disease from spreading.

Watch out for flu symptoms like sudden, unexplained death, lethargic birds, misshapen eggs, a decrease in egg production, swelling, and purple discoloration around the head.