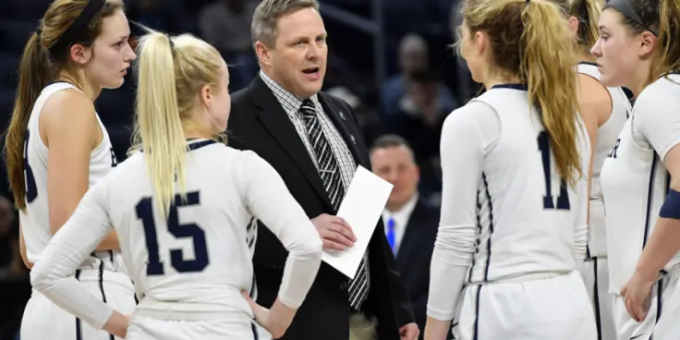 BEDFORD – The North Lawrence Community School board approved the hiring of Kurt Godlevske as Assistant Principal of the Oolitic K-8 Campus.

Kurt is excited to return to Lawrence County where he and his wife grew up and looks forward to seeing his kids graduate from the North Lawrence School System while making a lasting impact on our community.

Kurt has served as the Butler University Head Women’s Basketball Coach for eight years; during his time there he received the “2018 Big East Coach of the Year” award.

Previous to that he was an administrator at North Lawrence Community Schools and the Head Girls Basketball Coach at BNL for seven years. In 2013 he led the Girls Basketball team to the state championship, and he looks forward to encouraging youth to “find what they are passionate about and become the best they can be. I’m a strong advocate for public education and NLCS Schools. It is great to be back at NLCS!”

Kurt is married to Beth, who is an ophthalmologist tech in Bedford, and has three kids Corrin (23), Noah (Junior class), and Katie (Sophomore class). Corrin is a Butler University graduate who manages a senior living center in FL, and Noah and Katie will attend BNL and play basketball. Coach Godlevske will be attending their games as he loves sports and anything outdoors.