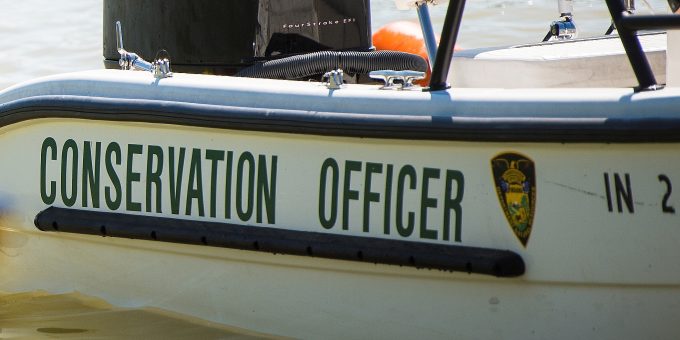 At approximately 4:30 p.m., emergency personnel responded to the area of County Road 300 W and Lane 101, Jimmerson Lake to a report of PWC that had exploded in the water.

The PWC, a 2003 Bombardier Sa-Doo, had just been launched into the water and docked. When it started to leave the dock with three people aboard, it exploded. The three people were thrown from the PWC but uninjured, and they refused medical treatment.

The PWC was removed from the water, and the accident remains under investigation.

Conservation officers remind everyone who operates a watercraft with an inboard motor to always check for fuel leaks and properly ventilate the engine compartment before starting the engine to avoid fires and explosions. All boaters should always wear a properly fastened and properly sized U.S. Coast Guard approved personal floatation device (PFD) when in, on, or near the water.