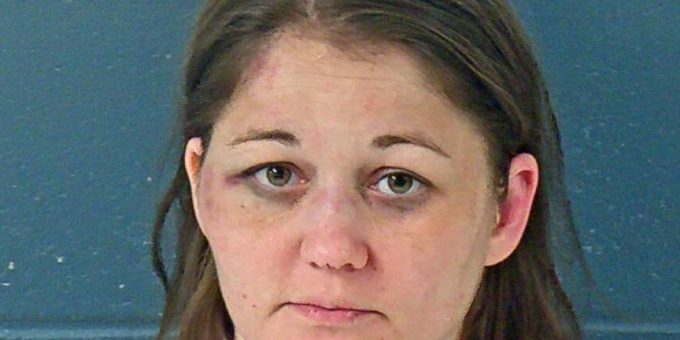 BEDFORD – A Bedford woman was arrested early Wednesday morning after Bedford Police officers were called to the area of 1320 11th Street to check on a woman.

Officers responded to the area and were initially unable to locate the female near the original reported location. As officers patrolled through the area a female could be heard screaming and yelling. Officers followed the sounds and found 32-year-old Sarah Harris Way running in between houses and through backyards between O Street and Withers Lane.

As officers approached the female she would make multiple changes in direction. She then came out from between the houses and stopped and talked to an officer near the intersection of Withers Lane and 12th Street.

Way told the officer she lost her shoes in the woods. She had multiple cuts to her legs and had dried blood on her shirt and nose.

Harris told police she was looking for her friend and her husband. When asked where they were, she just pointed to the west.  Way told officers she was trying to get to her mother’s house at 1620 1st Street.

She then told the officers she was bipolar and needed help. She declined an ambulance.

She then began talking into her hand asking someone to come and pick her up.

Way then told the officers she had ingested meth the night before.