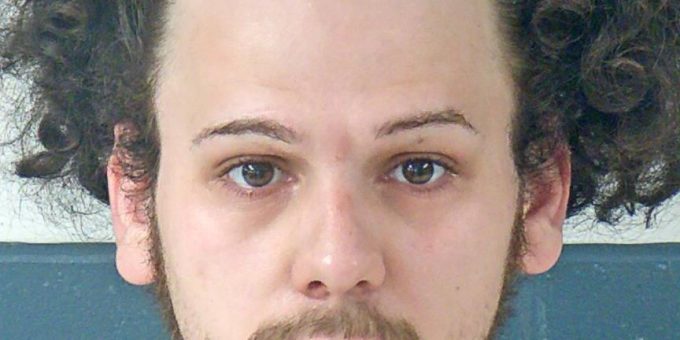 HELTONVILLE – Lawrence County Sheriff’s Department deputies were called to the intersection of State Road 446 and Gil Gal Road after a report of an injured male on Thursday.

When police arrived they found a male sitting in his vehicle with a skin tear on his left arm and a contusion on his head.  An ambulance was requested to the scene.

The man told police that 26-year-old Tyler Littrell had injured him.

The argument began after the male’s wife complained about Littrell’s four children making a mess of the home. The wife and Littrell began arguing and she swung a sack of potatoes at Littrell.

The man told police he was changing his oxygen tank when Littrell came at him and he hit Littrell with a full oxygen tank. Littrell then hit the man three times in the head with an empty oxygen tank. The man’s wife put her arms around Littrell and pulled him off the injured male.

The male then went to his room to gather some property to leave the home and Littrell followed him and struck the male in the head with a curtain rod.

The male was able to make it to his vehicle and drive a few hundred feet to the intersection. The male didn’t want to file charges for fear his wife would divorce him.

The male was treated at the scene by an IU LifeLine ambulance crew. He refused to be transported to a local hospital for treatment.

He was arrested on a charge of domestic battery.