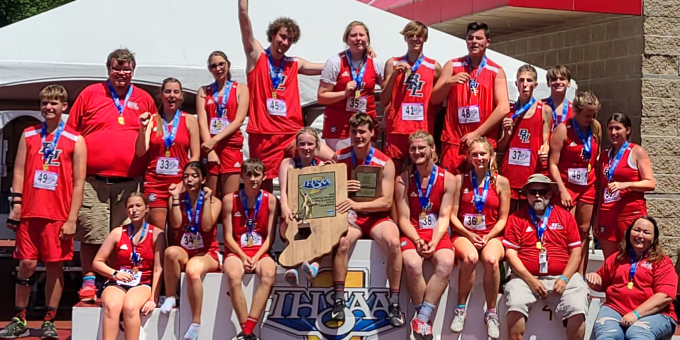 The Stars scored 116 points to edge Lafayette Jefferson (114) and Valparaiso (107) in the 13-team field for their first state title in the eight-year history of the competition. BNL is also the first school to win state titles in Unified track and flag football.

“Our kids have had one goal this year, and that was to win the state championship,” BNL coach Mike Branam said. “We have been close in the past (second place in 2019), but they decided this year they were going to go all the way. All 18 kids have worked hard all season long, and over the last three weekends, every one of them have acheived a personal best, and several have done it each weekend. I am so proud of these kids.

“I cannot think of anyone more deserving of the mental attitude award than Jesselyn and Tanner. They have been with the program for several years and have grown into amazing leaders, examples, and all-around tremendous young adults.”