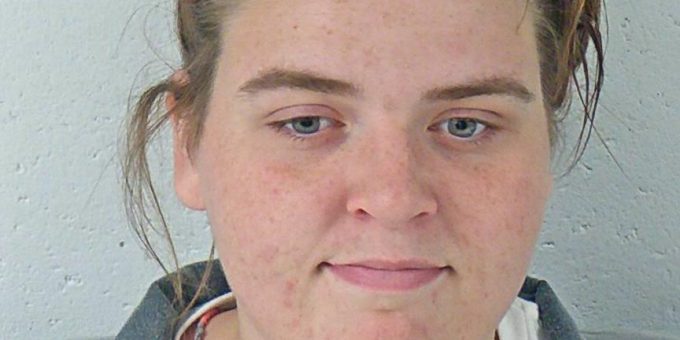 BEDFORD – A Mitchell woman was arrested Thursday, May 26th  after an employee at Transitions Rehab in Bedford reported a woman who was wanted on a warrant injured another resident at the facility. The battery was captured on a security video.

An Indiana State Police trooper responded to the facility located on G Street after confirming that 23-year-old Melissa Cody was wanted on a warrant for petition to revoke probation.

Once at the facility, a staff member showed the trooper the video footage of the battery. The trooper noted in a probable cause affidavit that the video clearly showed Cody yelling at someone off screen.  At 7:07:20 a.m. a woman walks into the view of the camera and walks towards Cody who then lunges at the woman. The woman tries to protect herself. Cody then puts her hands in the woman’s face and pushes the woman’s head back. Using a closed fist, Cody punches the woman in the face. After the fight, Cody walks away.

The woman told police Cody was angry with her because she had turned the light on to take a shower and Cody was still sleeping.

Cody was arrested on a charge of battery and the warrant.

Cody told police the woman provoked her and “pushed her over the limit”.