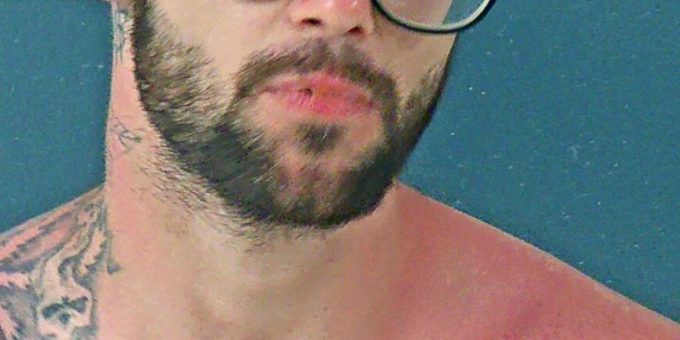 BEDFORD – A Bedford man was arrested on Saturday, May 21 when a Bedford Police officer responded to the 1020 block of 22nd Street after a report of a suspicious male beating on the back door.

When officers arrived they located a shirtless man with no shoes. Police identified that individual as 31-year-old Nicholas Owings. They recognized him from another encounter that evening. During that encounter, Owings was wearing a shirt and shoes.

Officers said Owings was walking in the middle of K Street and rambling about an ex-girlfriend and was unable to properly answer questions.

Officers told Owings he needed to go home. Owings lived on Ted Jones Drive. While walking away, Owings walked in yards and made uncontrollable movements with his arms and was extremely unsteady on his feet. Owings began walking south on K Street instead of west on 22n Street or 23rd Street toward Ted Jones Drive. Owings was placed under arrest for public intoxication.

The homeowner in the 1020 block of 22nd Street who made the complaint told police Owings entered their screened-in porch and attempted to enter another door. Officers found Owings’ shoes at the back door of the caller’s home. At another resident in the 1100 block of 23rd Street police found Owings’ knife and a bag of Cheetos next to a swimming pool. Owings had entered several gates to get to the pool area.

Owings was then charged with residential entry.

While at the jail Owings told officers he has used meth earlier in the day.