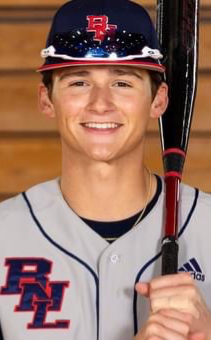 BEDFORD – Nate Pemberton scattered three hits as Bedford North Lawrence shut down Eastern Pekin 10-0 in five innings during the first round of the annual Orval Huffman Invitational on Saturday.

Silver Creek, 23-6 and ranked No.5 in Class 3A, conquered University 6-1 in the second game, but the consolation and championship games of the event were cancelled by rain.

“Nate did a good job on the mound, throwing strikes and getting ahead of hitters,” BNL coach Jeff Callahan said. “We made a couple of nice plays behind him. When you throw strikes and make the plays, you always gives yourself a chance. We took advantage of a couple of mistakes on their part and got a nice win.”

The Stars scored twice in the first. With two outs, Cal Gates walked and Woodward singled, setting up Fisher (RBI single to center) and Jonny Stone (RBI single to right) to drive in the runs. In the second, Fisher and Woodward drove in runs for a 4-0 lead.

BNL scored four more in the fourth. Dalton led off with a triple and scored on Kaedyn Bennett’s single. Following hits by Gates and Woodward, Fisher drew a bases-loaded walk, Stone launched a sacrifice fly, and Maddox Ray singled for an 8-0 advantage.

In the fifth, BNL finished off the Musketeers (3-15) with Dalton’s lead-off blast to right and capped the scoring when Isaac Daria stroked a walk-off hit.

“Grant and Kylar have done a great job of being leaders,” Callahan said. “There have been a lot of new faces in new places. They are good kids that will do great things. It’s a small group but a good group that’s leaving the program.”

BNL will visit Class A No.7 Loogootee on Monday.