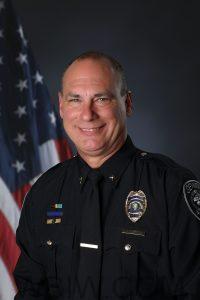 Chief Lucas has accepted a position as director chief of police for the South Central Region of Indiana University Health, servicing the health campus in Bedford, Bloomington, Martinsville, and Paoli.

His last day with the Seymour Police Department will be June 4. He has served in the position for two and a half years.

Seymour Mayor Matt Nicholson is accepting résumés for the position. Applications can be submitted at City Hall at North Chestnut Street. The deadline is June 3.

The mayor plans to announce an interim chief before Bryant’s departure.