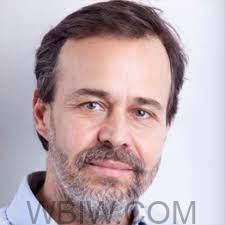 BLOOMINGTON – Eduardo S. Brondizio received an unexpected phone call on May 3 as he landed in the small town of Tefe, in the western Brazilian Amazon, to continue field research: He had been elected to the National Academy of Sciences.

Brondizio was one of the 120 new members and 30 international members that the academy announced on May 3. Members are selected in recognition of their distinguished and ongoing achievements in original research.

“On behalf of Indiana University, congratulations to Distinguished Professor Eduardo Brondizio on being elected to the National Academy of Sciences,” IU President Pamela Whitten said. “We are proud that such a valued member of our scholarly community has earned this prestigious honor in recognition of his outstanding dedication to research and innovation that improves our world.”

Brondizio has dedicated his career to studying the transformation of the human-nature relationships and the governance dilemmas of Amazonia, initially from the perspective of rural families and communities, and progressively involving urban and indigenous areas in different parts of the region. His pioneering research contributes to what he considers an “ethnographically grounded complex systems perspective” to understanding interconnections between local, regional, and global changes. This approach also contributes new methodologies for interdisciplinary, problem-oriented, and multi-scalar social-ecological research in other contexts.

Always collaborative, and much of which with his wife, anthropologist Andrea D Siqueira, a senior lecturer in the Hamilton Lugar School of Global and International Studies, Brondizio’s work has shed light on the knowledge, the problems faced, and contributions of smallholder farmers and indigenous peoples to the region and globally, contributing to defying simplistic interpretations and one-size-fits-all solutions to issues such as agricultural intensification, deforestation and fires, climate change, unplanned urbanization, land conflicts, biodiversity conservation and other governance challenges of Amazônia and elsewhere.

Among a long list of international contributions and scientific boards, Brondizio served as co-chair and lead editor of the Global Assessment Report on Biodiversity and Ecosystem Services of the Intergovernmental Platform on Biodiversity and Ecosystem Services. The report was approved by 132 countries in 2019 and is considered the most comprehensive and influential analysis of the transformations of Earth’s environment, their causes, plausible futures, societal implications, and policy options.

At IU, he is director of the Center for the Analysis of Social-Ecological Landscapes; adjunct professor in the O’Neill School of Public and Environmental Affairs and the Department of Geography; senior research fellow with the Ostrom Workshop; an affiliate of the Native American and Indigenous Studies Program, Center for Latin American and Caribbean Studies, Sustainable Food System Science project, Environmental Resilience Institute, Individualized Major Program and Integrated Program on Environment.

He is an external professor at the University of Campinas’ Society and Environment Program in Brazil. He is co-editor-in-chief of the journal Global Environmental Change. He will continue collaborative research with Amazonian rural communities and colleagues through much of the summer of 2022.