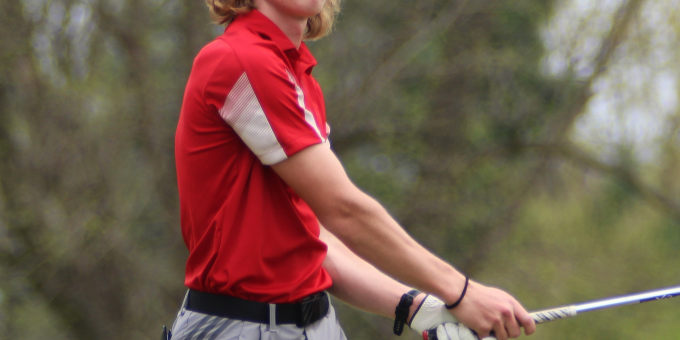 BEDFORD – Trevin Hutchinson carded a 1-over 36 on the back nine of Otis Park while leading Bedford North Lawrence to a victory over Floyd Central during boys high school golf action on Monday.

Hutchinson posted two birdies while earning medalist honors as BNL fired a team total of 159 to edge the Highlanders by three shots.

Hutchinson recorded birdies on the 13th and 17th holes to offset three bogeys. Jett Jones birdied the 13th for BNL, which bounced back from a tough day at The Legends on Saturday.

“It was nice to be back home again after five consecutive away matches,” BNL coach Jeff Hein said. “Our top two, along with Tyler (Bellush) carried us tonight. Trevin and Jett were solid and Tyler had a good putting round.”

Bellush posted 41 while Houston Corbin and Ayden Stiles completed with BNL scoring with 43. The Stars got a preview look of their main competition for the Hoosier Hills Conference tournament, which BNL will host on Saturday.

“We will put our focus on Otis this week,” Hein said. “It was good to defeat FC, who had beaten us recently at Cascades (by 13) and The Legends (by 43) the past two weekends. It should be interesting Saturday to see who comes away with the conference championship. Hopefully we got our confidence back and will start believing in ourselves again after a very bad day on Saturday.”

Garrett Lamb and Levin Reed paced the Highlanders with 40s.