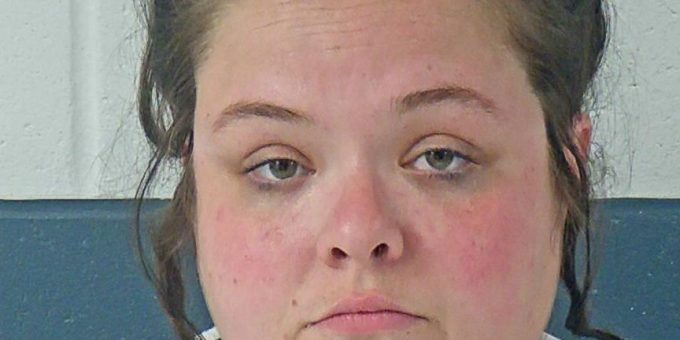 WILLIAMS – A Mitchell woman was arrested Tuesday after a warrant was issued for her arrest after an incident on February 16, 2022.

According to a probable cause affidavit, Lawrence County Central Dispatch Center received a call from a female at 555 Ridge Road at approximately 6:20 p.m. The female told the dispatcher that Sarah Passmore had injured her and she wished to speak to an officer.

Officers responded and found that Passmore had left the home.

The victim told police she had been drinking with Passmore and Passmore was drinking heavily. She was asked to leave the home but the victim wouldn’t take her home. An argument about Passmore’s parenting style started a dispute that made Passmore mad and she grabbed the woman by the hair and pushed her head into the side of the trailer. The victim’s boyfriend separated the two women and took Passmore home.

The woman suffered injuries to her right hand and the right side of her face.