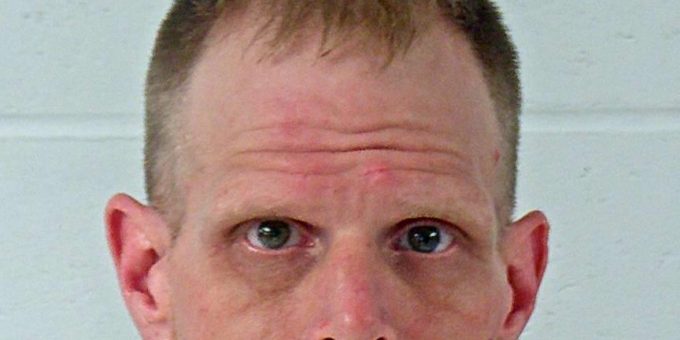 MITCHELL – A Mitchell man was arrested Friday night after Bedford Police officers went to the 1210 block of 7th Street in an  attempt to serve 40-year-old William R. Blackwell with an arrest warrant.

An officer then escorted the female into the bedroom to obtain Blackwell’s shoes. While in the room the officer saw a multi-colored glass smoking device containing a burnt residue in plain view on a night stand. The officer showed Blackwell the pipe and he admitted it was his.

At that point the woman was detained and the home was secured. Officers applied for a search warrant which was granted by Superior Court II Judge Bob Cline.