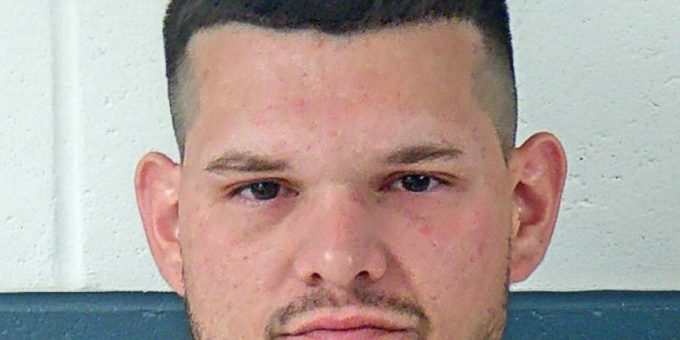 BEDFORD – Bedford man was arrested early Sunday morning when Bedford Police officers were called to Edgewood and Eastwood drives after a report of a person sitting in a white S10 truck in front of the caller’s home. The caller reported the truck was running, had been parked there for more than 10 minutes and the driver appeared to be sleeping.

When an officer arrived they located the truck and the male driver who appeared to be asleep behind the wheel. The officer also noticed a fixed blade knife sitting on the passenger seat and requested backup.

When other officers arrived they turned the truck off and woke the male who was 29-year-old Dalton Valencia.

Valencia was slow to get out of the vehicle and he was told to stop reaching toward his pockets. In Valencia’s pocket police found a syringe, a pill bottle that contained Alprazolam pills and marijuana. They also located two baggies, one containing crystal meth and the other rock fentanyl. Three purple cotton balls that tested positive for fentanyl, a red cut-straw and a baggie of marijuana was also found.