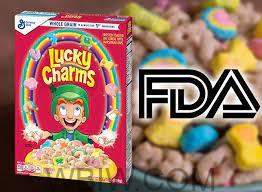 The website tweeted that they had received similar complaints from every state across the United States.

But the company says it has not found evidence of a link to eating Lucky Charms.

“Food safety is our top priority. We take your concerns very seriously,” the official Lucky Charms Twitter shared in a message about the investigations. “Through our continuing internal investigations, we have not found any evidence of consumer illness linked to the consumption of Lucky Charms.”

The Twitter account advises consumers who got sick to send them a message so officials can gather more information.

So far, neither the FDA nor General Mills has issued a recall for the cereal.