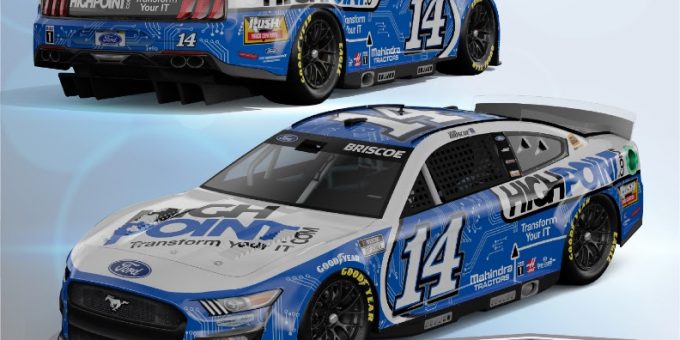 The third-generation dirt racer from Mitchell, Indiana, looks to capture his second win of the season in Sunday night’s 250-lap event. While Briscoe scored a 2020 NASCAR Xfinity Series victory on Bristol’s traditional high-banked, concrete surface, he hopes to be the first to conquer the Last Great Colosseum in the NextGen car in the Cup Series’ only dirt race this weekend.

“I don’t really know what to expect, just because I’ve never driven a car that has this type of suspension on dirt. So how it drives on dirt and what you feel is probably totally different than what I’ve experienced,” said Briscoe. “The other big component is the tires. The sidewall is so much shorter and stiffer than what we had before, from a side-bite and lateral grip standpoint. It’ll be totally different how the car reacts and the grip level that you have compared to anything I’ve raced. But we’ve got a couple of practices and heat races to figure it out.”

Eight races into the 2022 season, Briscoe is 11th in the driver standings, 68 points out of first. He earned his most recent top-10 finish last Saturday at Martinsville (Va.) Speedway and currently holds a spot in the 16-driver playoff field by his win on March 13 at Phoenix Raceway.

In last year’s inaugural Food City Dirt Race, Briscoe finished 20th after battling in a few on-track skirmishes and dealing with poor visibility throughout the event. Though that particular race didn’t end as the 2021 Cup Series Rookie of the Year as hoped, he has found victory on dirt in a NASCAR premier series. Briscoe won the 2018 Eldora Dirt Derby in the NASCAR Camping World Truck Series while at his team co-owner Tony Stewart’s Eldora Speedway in Rossburg, Ohio. He made two other Truck Series starts at Eldora and finished in the top-10 both times – third in 2017 and seventh in 2019.

“There’s a reason dirt racing happens at night. Track prep is really important and you for sure want the track to be close to what we need when we practice on Friday so that a lot doesn’t have to be worked from day today,” Briscoe said. “I think moving to later in the day will help with some of the problems we saw with a dusty track. But I think there are still some unknowns that don’t have a lot to do with the time of day and things like that. This is just a different experience and there will be a lot of things we have to work through as they come up.”

Briscoe cut his teeth racing on the dirt tracks of Southern Indiana, following in the footsteps of his father and grandfather. His first time behind the wheel of a racecar came in 2001 driving a quarter midget. He won his first heat race and then won the feature event later that evening. Briscoe moved on to mini sprints and, when he was 13, stepped into a 410 sprint car, in which he finished 10th in a 40-car field in his first race.

In 2008, Briscoe made 37 starts in a 410 sprint car, racking up eight top-five finishes and 17 top-10s, including a win in the last race of the season at Paragon (Ind.) Speedway. With that win, he broke four-time NASCAR Cup Series champion Jeff Gordon’s record as the youngest to win a 410 sprint car race. Upon beating the NASCAR Hall of Famer’s record at the age of 13, Briscoe said, “It was pretty special to me to realize what I’d done, but I know I have to keep working. I don’t think about it a whole lot. I just go out every time like it’s just another race to try and win.”

Briscoe made the transition to stock car racing at the age of 19, but he stuck to his roots by competing in a handful of dirt racing events each year, and he consistently added to the win column. In 2016, Briscoe competed in the Tulsa Shootout for Andy and Scott Bradley in the winged and non-winged mini sprint divisions. He won both features, picking up two of the event’s Golden Driller trophies to kick off a year that would see Briscoe earn six ARCA Racing Series wins en route to the series championship and Rookie of the Year honors. He also entered the Chili Bowl Nationals that same year driving a Haas Automation-branded car owned by his SHR teammate Cole Custer. Each year since 2015, Briscoe has competed in the Chili Bowl Nationals in Tulsa, Oklahoma.