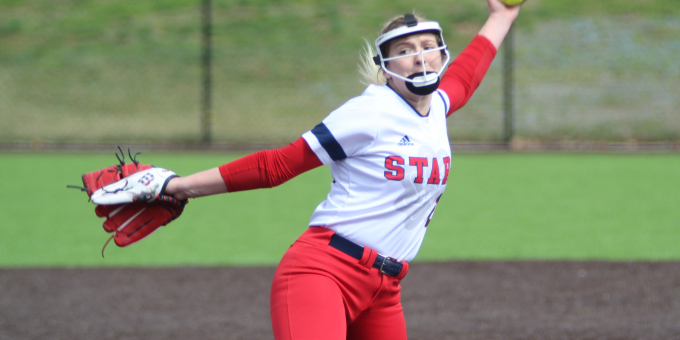 The Stars scored quickly, striking for two in the first. Lauryn Anderson ignited the initial rally with an infield single, Waggoner rifled a triple to center, and Braxton McCauley followed with a RBI double for a 2-0 advantage. BNL added two more in the second on singles by Jewell and Alvey, plus two Brownstown errors.

In the third, Ratliff crushed her fourth home run of the season. The Stars capped their scoring with a run in the sixth on Maddy Bennett’s walk, pinch runner Haleigh Canada’s stolen base and a third Brownstown error. The Braves (4-1) posted their run (unearned when BNL outfielders collided on a fly ball) in the fifth.

“We knew we would have to play well, and we did,” BNL coach Brad Gilbert said. “We pitched well. Aliza was moving it around well. We wanted to get both of them some innings, keep them fresh. Aliza set the tone early and Annie came in and did a good job.

“We took advantage of things. I was pleased with our base running and the way we hustled.”

Anderson added two sparkling defensive plays, diving to snag a popped-up bunt and making a grab of a line drive up the middle at second base.

BNL (3-0) will face Franklin Central in the first round of the Terre Haute Bash on Friday night.