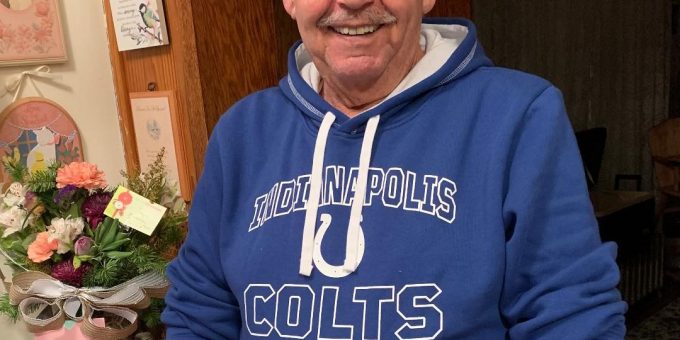 Born December 8, 1943, in Bedford, he was the son of Joe and Ilene (Moore) Brinegar. He married Sheila Dougherty on June 15, 1961, and she survives. Larry worked for Indiana Gas from 1966-1972; Public Service Indiana where he retired in 2012 after 40 years of service with Duke Energy serving as a lineman for 25 years and was a serviceman for the last 15 years.

He was a veteran of the United States Army serving from 1961 to 1964 and later joined the National Guard for 14 years to finish his retirement. He was a member of the IBEW Union, Patriot Lodge #750, Scottish Rite Valley of Indianapolis, and American Legion Gillen Post #33. He was raised and baptized at Leatherwood Christian Church.

Surviving to cherish his memory are his wife of 60 years, Sheila; one daughter, Christi (David) Yeary; one son, Tim (Michele) Brinegar; three grandchildren, Vanessa (Dustin) Moloy, Evan (Jessie) Yeary, and Sabrina (Josh) Sumpter; five great-grandchildren, Vivian and Finley Moloy, Natalie Yeary, and William and Katherine Sumpter, with another little Sumpter due in July; one sister, Carole Baker; several nieces and nephews; and his cat “Lucy Cat.” He was preceded in death by his parents and two brothers, Donald, and Kenny Brinegar.

Funeral services will be at 1:00 p.m. on Thursday, April 7, 2022, at the Ferguson-Lee Chapel of Thorne- George Family Funeral Homes, with Tim Sumpter and Clarence Brown officiating.

Burial will follow in the Green Hill Cemetery. Military rites will be accorded at the grave by members of the American Legion Gillen Post #33. Visitation will be from 3 p.m. until 8 p.m. on Wednesday at the funeral home. Memorial contributions may be made to the White River Humane Society.