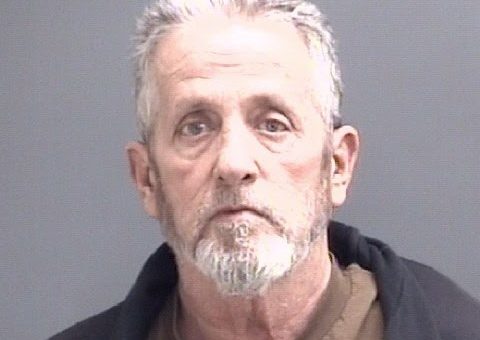 When officers arrived, they located Crawford in the alley near the neighbor’s residence. Crawford appeared to be intoxicated and had to be ordered several times to remove his hand from his pocket.

After Crawford finally complied, he was placed in handcuffs. During a search, Trooper Roberts discovered a loaded handgun in Crawford’s pocket.

During the on-scene investigation, officers were able to determine a female neighbor was picking up trash in the alley when Crawford allegedly approached her and started screaming. The female yelled for her husband who was in a nearby garage. After he appeared, Crawford allegedly pointed a handgun at the couple. The neighbors immediately walked away and called 911.

The investigation also revealed Crawford was also under the influence of alcohol.

Crawford was arrested on felony charges of pointing a firearm and intimidation with a deadly weapon and taken to the Gibson County Jail where he is currently being held on bond.