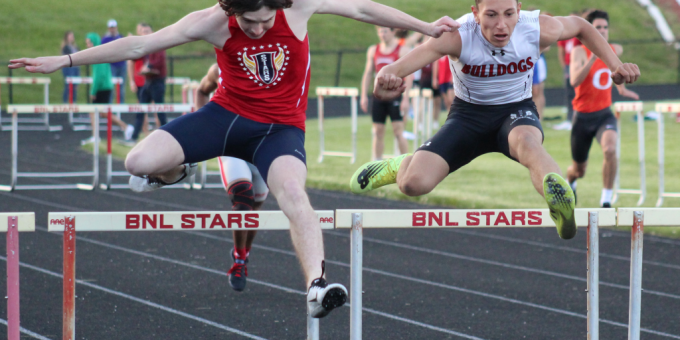 BEDFORD – No other sport captures the essence of life more than track. It’s a sprint for some, a marathon for others, it requires some leaps, it demands some strength to move weights around, and there are hurdles to clear. Bedford North Lawrence is ready to live its best life.

With a bustling roster of 50-plus athletes, including two of southern Indiana’s top hurdlers, the Stars are set to challenge for a sectional championship in 2022. That’s a high bar, considering BNL has won only five total in program history, but there’s not reason the Stars can’t soar to that height.

“Our goal is to win the sectional and get into the top three in the conference,” BNL coach Brett Deckard said. “If we can get up to that point, that’s a good sign. I’d love to win another sectional. We’re building the passion. Winning the sectional (in 2019) helped. Losing the 2020 season (because of the virus reaction) hurt because we were going to be solid, but we’ve carried enough over.”

BNL’s optimism starts with returning state finalist Zane Thompson, who finished 22nd in the state in the 300-meter hurdles after winning a sectional title and finishing as regional runner-up. He’s chasing the school record (40.66, shared by Andrew Lafferty and Elijah Grider) in that tough event. Noah Carter, a regional qualifier last season, will be the leader in the 110 high hurdles.

“We know we have two good hurdlers,” Deckard said. “That’s our strength. They should both be among the top two in the conference.”

BNL will have depth in other events. Christian Garciano-Curren will be one of the lead sprinters, Ryan Wright was strong in the 800 last season. Cole Baker, one of the leaders in cross country, will likely shift from distance to the intermediate races, Will Decker is excepted to be a force in the 400, and Carter Kimmel could be the best among a large contingent of throwers.

“We’ve adopted a new training that’s built on max speed,” Deckard said. “We don’t do a lot of running, just to be running, any more. It’s all about speed. We don’t run as much, but when we do it’s full speed, working to get form better.”

BNL, which finished 5th in last year’s sectional, is also counting on immediate contributions from a talented freshman class.

“We’ve got a good mix,” Deckard said. “As long as we can keep those kind of numbers, it’s good. We don’t know where everyone will fit with all the pieces, but we have some good young sprinters.”

BNL will start the season at home, unveiling the new turf facility and the rebuilt throwing arenas behind the baseball field, with Mitchell and Barr-Reeve on March 31.