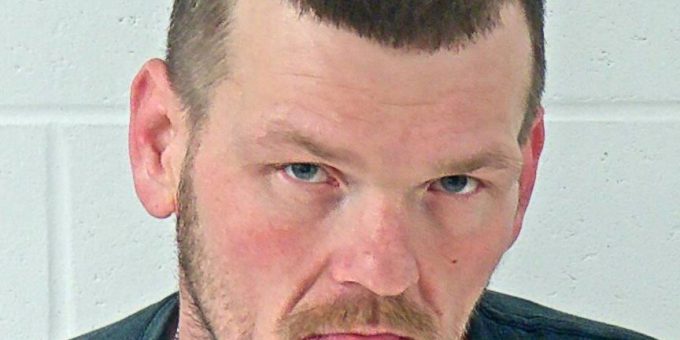 BEDFORD – A Bedford man was arrested this morning on a meth charge after a Bedford Police officer stopped a vehicle for a broken taillight and for not having a license plate light at 32nd and Washington Avenue.

Officers spoke to the driver Stacey Hallett and her passenger 38-year-old Thomas Burton.

While speaking with the occupants of the vehicle, the officer could detect the strong odor of marijuana coming from the vehicle.

Both Hallett and Burton were asked to step out of the vehicle.

Hallett admitted she had a small amount of marijuana in her purse. Officers found the marijuana and also a baggie that contained 35 green and white pills which were chlordiazepoxide, a controlled substance. They also located two rubber containers of THC wax. A glass smoking device containing marijuana residue was found in the console of the vehicle.

Hallet was then detained.

While speaking with Burton, the officer noticed a small metal cylinder container had fallen out of Burton’s shoe.

Burton was then transported to jail on a charge of possession of meth. While at the jail, jail officers found a rubber container in Burton’s underwear that contained more crystal meth.  Hallet was released from the scene and advised how the officer would be proceeding with her case.