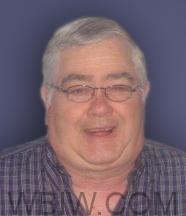 James retired from General Motors with 36 years of service.  He was previously the assistant fire chief and member of the Brasher-Winthrop Fire Department. Jim was past president of the Tri-Town Minor Hockey League. As a major participant, he coached and performed maintenance.  Jim loved old farm tractors, cars, tinkering in the garage, and hanging out at the Deers Inn.  His biggest love was his family and he had a special relationship with each of his grandchildren.  Jim has been a great caretaker for his wife.  Jim was a funny guy and liked to joke.  He was a 1962 graduate of St. Lawrence Central High School.  Jim was a member of St. Patrick’s Catholic Church in Brasher Falls and St. Mary’s Catholic Church in Mitchell.

He is also survived by his cat, Puddy.

A Mass of Christian Burial will be at 2:30 p.m. Tuesday, February 22, at St. Mary’s Catholic Church with Father Jegan Peter and Deacon Dave Rising officiating.  Burial will be at a later date. The family will receive friends from 4:00 p.m. until 7:00 p.m. Monday at Chastain Funeral Home & Cremation Center.

Memorial gifts can be made in James’ memory to St. Jude Children’s Research Hospital