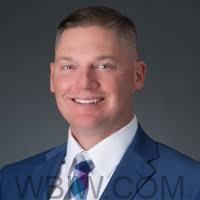 SEYMOUR – Army combat veteran and Seymour native, Daniel Heiwig, has announced his candidacy for Congress in Indiana’s 9th district. Heiwig stated that he is running for Congress because he believes America is “under siege by socialism.”

Heiwig stated, “We find ourselves in very trying times. Many people are losing hope in the American dream as a result of the Biden Administration’s disastrous policies. If we are going to continue to be a free nation, we must have leaders who will stop socialism in its tracks.”

Heiwig continued, “Crime is on the rise and the response is weak sentencing by the Biden Administration’s Justice Department. Inflation is at a 40-year high also. On top of that, the Biden Administration is letting our farmlands be sold to China. Indiana needs a leader who can fight for our farmers, our manufacturing jobs, and our way of life. We have to reclaim our identity as free people once again. We have to reclaim our American heritage. That is just what I will do as your Member of Congress.”

The Republican primary election will take place on May 3, 2022.