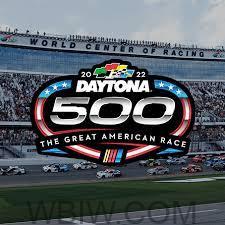 DAYTONA – Chase Briscoe finished fourth in one of two of the 150-mile qualifying races at the Bluegreen Vacation Duel that set the field for the Daytona 500 Thursday, Feb. 17th.

Briscoe will start ninth in the Daytona 500. He finished 19th last year in his NASCAR Cup Series debut.

“I feel like I learned a little bit of what our car was capable of doing. It seemed like everybody was kind of on different strategies, but for my car, I was actually really happy with it. After practice, I was a little worried about how it was going to be in the pack, and in there I felt really, really good. It’s so hard to say what the feeling is and the balance you’re even looking for because we really don’t know with this car. There were some things from a balance standpoint I’d like to be a little bit different in our car, but from a pack standpoint, once we ran some laps and I kind of got more comfortable with how the car was doing things, I felt pretty good with it. I’m glad that the race went green and we were kind of single file, but at the same time that’s not how it’s going to be on Sunday. I felt like I was able to put myself in some scenarios, especially there at the end, but on Sunday the blocks and the pushes and everything is going to be way more aggressive, but I felt like I learned quite a bit and feel good about our car,” said  Chase Briscoe, driver of the No. 14 Mahindra Tractors Ford Mustang

“We just got chucked out by the Chevys there and didn’t have the speed to keep up with the draft. We just need to get some more speed in the car this weekend and try to be really defensive on Sunday to make sure you’re not the last car in line,” said Cole Custer, driver of the No. 41 HaasTooling.com Ford Mustang.

“When the 22 car (Joey Logano) started to push us at the front, our Smithfield Ford Mustang wanted to dart to the right and just didn’t feel right. We tried to drop to the rear and lost the draft. We had some speed, but it just didn’t drive smooth enough to take that chance at the front of the field in a qualifying race. Better to learn now than on Sunday. We’ve got plenty of practice left this week to dial it in and I’m confident we will,”  Aric Almirola, driver of the No. 10 Smithfield Ford Mustang

The 64th running of the Daytona 500 takes place at 2:30 p.m. ET on Sunday with live coverage provided by FOX and SiriusXM NASCAR Radio.