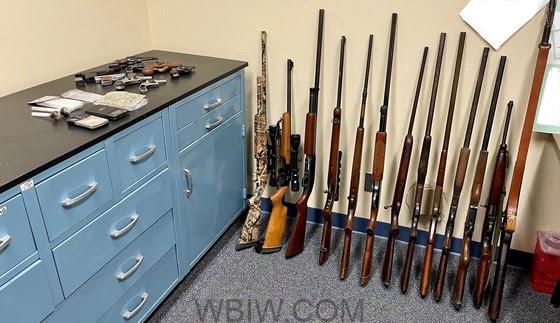 On February 14, 2022, Trooper Stanton, with the assistance of other troopers from the Lafayette Post, served the search warrant at Lanoue’s residence. During a search of the residence, troopers located 13 long guns, 8 handguns, suspected methamphetamine, marijuana, and other drug paraphernalia. While troopers were checking the firearms, they located one that had a removed serial number.

Lanoue was not at the residence at the time troopers served the search warrant. Lanoue was later located by Fountain County Sheriff’s Department and Attica Police Department, and he was transported to Benton County Jail by a trooper from the Lafayette Post on charges of dealing meth, possession of a firearm with the removal of the serial number, possession of meth, possession of drug paraphernalia.