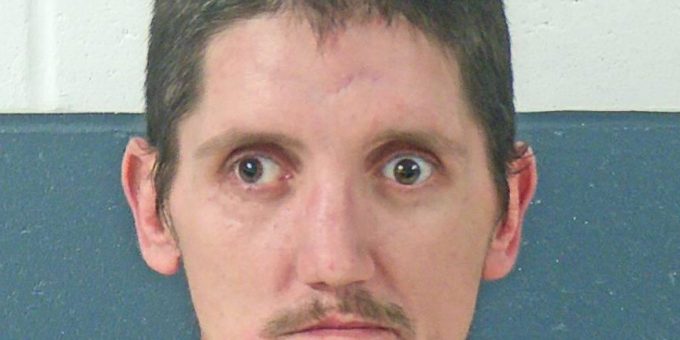 BEDFORD – A Bedford man was arrested Friday, Feb. 11th after a Bedford Police officer stopped his vehicle on State Road 37 and 5th Street at 11:15 p.m.

The driver, 36-year-old Brian Hanners was stopped because the officer noticed the license plate on the white Chevrolet Silverado was expired.

Hanners was given a written warning for the expired license plate.

Hanners told police he was traveling to Old Turn Pike Road which is south of the city limits. The officers found it odd that Hanners would turn onto 5th Street. Hanners then stated he was going to a gas station to visit a female friend.  Hanners stated nothing illegal was in the vehicle when officers asked.

He then gave officers permission to search his vehicle. It was at that time, he told the officers there was a meth pipe in the tool bag in his truck. In his coat, which was in the truck, officers found a baggie of crystal meth, a black case that contained a smoking device and a cut straw both containing meth residue. In the toolbag, officers found a baggie of marijuana and smoking devices.

Hanners was detained on charges of possession of meth, marijuana, and drug paraphernalia.